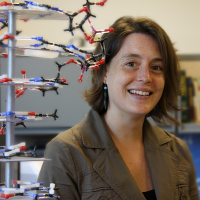 I was born in Barcelona in 1976. I completed my undergraduate studies at the Universitat de Barcelona. My research experience started as an undergraduate in the group of Professor Javier Tejada in the Departament de Fisica Fonamental . In this same department I obtained my Ph.D. under the guidance of Felix Ritort. My thesis was on Statistical Mechanics, and in particular in the field of spin glasses. During my PhD. I made two research stays: With Andrea Crisanti in the Universita di Roma I “La Sapienza”, in Italy, and, with Jean-Philippe Bouchaud in the CEA-Saclay in France. I also had the pleasure to collaborate with other people: Enzo Marinari, Marco Picco, Hajime Yoshino and Matteo Palassini.