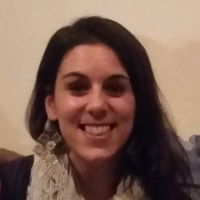 I studied Physics at University of Zaragoza (Spain), and I also got my Ph.D there in 2010, under the supervision of Dr. Yamir Moreno, Dr. Jesus Gomez-Gardenes and Dr. Mario Floria.

I am interested in Statistical Physics, Non-Linear Physics and Complex Systems in general, and more specifically, in different processes on top of complex topologies, such as social networks. I did my Ph.D on Evolutionary Game Theory on Complex Networks, where I analyzed the interface between cooperative dynamics and the underlying structure of a given population. We developed some models of growing networks based on an Evolutionary Preferential Attachment mechanism, in which this growth is entangled with the dynamics.

I joined the Amaral Lab on November 2010, and ever since I have been working on analyzing several social systems using computational and statistical methods. One of my current projects is about understanding the way ideas propagate on a professional network. In this work we combined computer simulations with empirical data from an experiment done on a study population. My other project is a study of an online community for people that want to control their weight, where I am trying to understand the correlations between network topology and individual’s behaviors.

I moved back to Spain in 2014 to work with Dr. Alex Arenas on multiplex networks.

For more info, you can go to my website