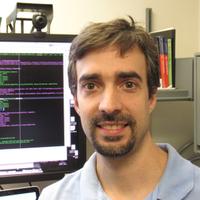 Born in Medellin (Colombia), I became interested in biology early in my life. I did a Bs in Biology at Universidad de Antioquia (Colombia). As undergraduate I studied orchid evolution, doing a phylogenetic analysis of the genus Dracula under the supervision of Professor Ricardo Callejas. After my BS I worked for a French multinational company researching the molecular composition and physiology of orchid floral scents. During my undergrad studies I became interested in understanding organisms as systems (i.e. networks of molecular processes with specific organization and dynamical properties).

I moved from comparative biology to molecular systems biology and pursued a MSc at New York University at the Center for Genomics and Systems Biology. My thesis work was on Incomplete Penetrance in the Embryogenesis of the nematode C. elegans, under the supervision of Professors Kristin Gunsalus (advisor) and Fabio Piano.

Attracted by a collaborative and interdisciplinary environment, and the possibility of doing research on systems biology, I became a PhD student at Northwestern University. I work with the labs of Luis Amaral and Richard Carthew to understand a network that regulates development of the fly eye retina. Using in silico (modeling) and wet (bench) experimental approaches I would like to study animal development from a systems biology perspective. I am most interested in the relationship between network topology and dynamics and the emergent properties that result from this interplay.