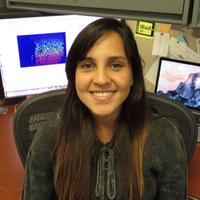 Originally from Brazil, I’m a undergraduate student in Chemical Engineering at Federal University of Campina Grande, Brazil. At the same time I’m part of a exchange program and I studied one year of my major in Wayne State University, Detroit, in 2014/2015.

I arrived at Northwestern University in the Summer of 2015, and now I’m doing academic research in the lab of Dr. Luis A Nunes Amaral until the end of the semester.