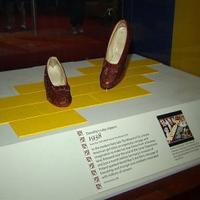 Cross-evaluation of metrics to estimate the significance of creative works

In a world overflowing with creative works, it is useful to be able to filter out the unimportant works so that the significant ones can be identified and thereby absorbed. An automated method could provide an objective approach for evaluating the significance of works on a universal scale. However, there have been few attempts at creating such a measure, and there are few “ground truths” for validating the effectiveness of potential metrics for significance. For movies, the US Library of Congress’s National Film Registry (NFR) contains American films that are “culturally, historically, or aesthetically significant” as chosen through a careful evaluation and deliberation process. By analyzing a network of citations between 15,425 United States-produced films procured from the Internet Movie Database (IMDb), we obtain several automated metrics for significance. The best of these metrics is able to indicate a film’s presence in the NFR at least as well or better than metrics based on aggregated expert opinions or large population surveys. Importantly, automated metrics can easily be applied to older films for which no other rating may be available. Our results may have implications for the evaluation of other creative works such as scientific research.